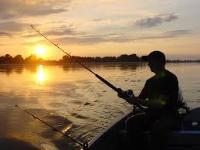 LeRoy ~ Matthew L. Smith, age 23, of Lake Street, passed away after a brief illness Wednesday evening (April 25, 2012) at Strong Memorial Hospital, with his loving family at his side. Matt was born October 22, 1988 in Brockport, a son of Daniel and Nancy Stanton Smith. He will be remembered as an all-around sportsman, who was an avid hunter and fisherman. He was also a craftsman, who enjoyed doing handiwork of all kinds. He recently had a passion for playing guitar, and a sincere passion for his Miami Dolphins. In addition to his mom and dad, Matt is survived by his precious daughter, Peyton Marie Smith; fiancé, Melissa Gray, sister, Jamie (David Heurtas) Kremer, brother Daniel Platt, paternal grandmother, Mary Smith of LeRoy, Uncle Tim (Aunt Barbara) Smith, special cousin, Shawna Smith, Aunt Deborah (John) Loreant; maternal grandparents, Clayton and Nancy Gill of Pavilion; Uncle Bob (Aunt Sheila), Aunt Penny (Uncle John), Uncle George (Aunt Holly), Uncle Joe (Aunt Crystal) and Aunt Pam; along with many other cousins, a niece, a nephew and dear friends. Matt was predeceased by his paternal grandfather, Lloyd Smith, cousin, Doug Wandtke and nephew, Christian Kremer. Family and friends may call on Tuesday, May 1 from 4 ~ 7 PM at the Michael S. Tomaszewski Funeral & Cremation Chapel, 4120 West Main St. Rd, Batavia. Services will be private at the convenience of the family. The courtesy of NO FLOWERS is requested with memorials being made to the family to establish a trust fund for Peyton Marie.