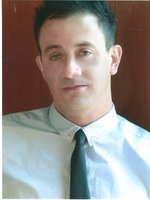 Rochester ~ Brendan D. "Mick" Spillane, age 52, formerly of LeRoy, passed away at home on Saturday afternoon (March 14, 2020) in the loving presence of his family. He was born January 19, 1968 in Batavia, a son of Ursula Drayo Spillane and the late Donald E. Spillane. Mickey’s education started in LeRoy, where he attended Holy Family School and became a graduate of Notre Dame High School in Batavia. He then went on to earn his Bachelor of Arts degree in English at New York University, New York and then proudly earned his Master of Arts degree in philosophy at The Graduate Faculty at The New School for Research, New York. He was a scholarship recipient from the Wolfson Center for National Affairs at the World Policy Institute for his writing on social and political theory. Mick became the CEO, publishing consultant, editor and writer of his own company, Turn of Phrase Editorial Services. He was a senior production editor for Harper Collins and Taylor and Francis Books, Inc., as well as an editor for many other notable editorial companies. In addition to his love of writing, Mick had a passion for gourmet cooking and creating new and exciting dishes. He will be enormously missed by his mother, Ursula Spillane of LeRoy; his loving companion of 14 years, Johanna Buran of Rochester; his sisters, Shannon Spillane (Thomas Welsh) of Annapolis, MD and Shawn (Joseph) Siconolfi of Rochester; nephews, Nicholas Vincent and Tyler Siconolfi; special uncle, William Klinkbeil of LeRoy; special cousins, Vicki (David) Clark, Kevin (Barbara) Klinkbeil and Kristopher (Catherine) Kliinkbeil, along with many other relatives and dear friends. He was predeceased by father, Donald in 2012 and his aunt, Rachel Klinkbeil in 2019. Services scheduled for March 21 have been postponed until a later date that will be announced. In lieu of flowers, memorials are suggested to either the Friends & Foundation of the Rochester Public Library, 115 South Ave, Rochester, NY 14604 (https://ffrplapps.libraryweb.org/tribute-gifts-in-memory-of-mick-spillane) or the Maplewood Community Library, 1111 Dewey Ave, Rochester, NY 14613.