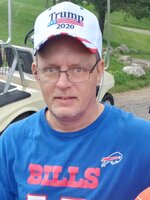 Paul will be remembered as a loving father, grandfather, son, brother and uncle.  He was also a diehard Buffalo Bills fan.

He was predeceased by his step-father, Roger L. Cosimeno Sr. in 2018.