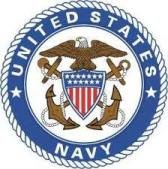 He was born to the late Edith Roberts Steen and Lawrence Steen.

He was predeceased by his brothers, Robert (Joan) Steen and Thomas Steen and sisters, Arlene (Carl) Murray and Jean (Lester) Allen.

Pete graduated from LeRoy High School and was a proud member of the '43-'44 undefeated football team.  He was a veteran of the US Navy and served aboard the USS New Jersey in the South Pacific during World War II.  Pete was a life-time member of the Sampson WWII Veterans, USS New Jersey Veterans, the United States Navy Memorial, the American Legion and the Oatka Fish and Game Club.  He was an employee of Niagara Mohawk Power Corporation for 33 years.

There will be no calling hours or services as per Pete's request.

A Memorial Tree was planted for Lawrence
We are deeply sorry for your loss ~ the staff at Falcone Family Funeral & Cremation Service
Join in honoring their life - plant a memorial tree
Share Your Memory of
Lawrence
Upload Your Memory View All Memories
Be the first to upload a memory!
Share A Memory
Send Flowers
Plant a Tree