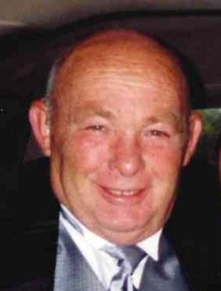 Obituary of Stewart A. Whitney

Pavilion / The Villages, FL - Passed away peacefully on February 7th, 2021 with his loving wife by his side.

Stewart had a tireless work ethic and a perpetual determination to succeed.  This manner of living was present throughout his life. He graduated with honors from RIT in 1973, had a successful career as a Chemist at Eastman Kodak for 26 years; all the while owning and operating a cash crop farm in Pavilion, NY.

Not quite ready to retire, Stewart  began an antique and furniture restoration project which he named “Linwood Chairs”.

If you met him on the street, he’d want to know all about you because that’s the type of man he was;  he took genuine interest in people and his community.  He was a great athlete and had a special place in his heart for animals.

Stewart will be most fondly remembered for his ability to make his friends and family smile & laugh.

Inurnment will take place at the Pavilion Cemetery at the convenience of the family and a Celebration of Stewart's Life is being planned for June.

A Memorial Tree was planted for Stewart
We are deeply sorry for your loss ~ the staff at Falcone Family Funeral & Cremation Service
Join in honoring their life - plant a memorial tree
Share Your Memory of
Stewart
Upload Your Memory View All Memories
Be the first to upload a memory!
Share A Memory
Send Flowers
Plant a Tree