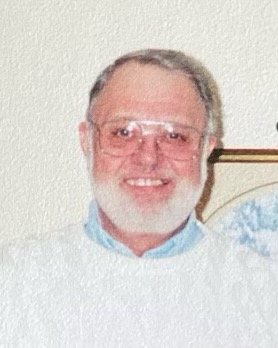 Please share a memory of Brian to include in a keepsake book for family and friends.
View Tribute Book

Brian was born on March 20, 1941 in Warrington, England at the depth of the second World War. He was the son of the late William and Frances (Leigh) Kettle.  Brian emigrated from England to America on October 4, 1964 following his sister Joan Kettle Feeley and her American US Serviceman husband, Walter Feeley.  Lapp Insulator initially sponsored Brian for work in the USA as a welder.  Brian was Catholic, attended Catholic schools growing up in England and became a member of the St Peter’s/Our lady of Mercy Parish.  Brian’s fiancée Florence “Nancy” Woolham would soon join Brian for a life in America and they were married at St. Peter’s Church in LeRoy on February 27, 1965.  Brian and Nancy celebrated 56 years of marriage the weekend prior to his passing.

Brian began working at Lapp Insulator in 1964 as a welder. In 1983, Brian started his own welding business known as BK Precision Welding, retiring in 2006.

In addition to Brian’s welding career, he was involved in many other ventures.  During the mid- 1960’s and 1970’s, Brian was known as the guy from England who played the drums at all the local clubs and many weddings in the local area.  In the late 1970’s, Brian opened up his own bar/restaurant on Main Street called “Brian’s Pub” bringing in the best local talent including Dave North of the Dave North Trio.   Along with his main job as a welder, Brian became a Disc Jockey in the 1980’s. During this time Brian became known as “The Gov”.   Brian loved entertaining and enjoyed celebrating with many families for their joyous occasions from birthday celebrations to weddings.   In 1990, Brian purchased the building on Main Street that once housed his Pub and with the help of his sons, started the “LeRoy Athletic Club” aka “Kettle’s Gym” which is still in operation today.

Brian also served as a civic volunteer as President of the Hooks and Ladders Club in 1974-1975 and again in 1991.  Brian also coached youth soccer in the 1980’s and was a member of the Genesee Creamer’s Rugby Club as both a player and a coach.  A very special highlight of his time with the Creamer’s was their 1986 team visit to Ireland to play in several exposition matches.

Brian will be sadly missed by his loving and devoted wife, Nancy and his children; Robert (Sarah) Kettle, William (Laura) Kettle, James (Donna) Kettle and Ann (Kevin) Olivani; grandchildren; Evelyn, Ryan and Andrew, step-grandson Eric Donohue, Kristen and Jamie, Kade and Zoey; step-great grandson, Nathan Fullmer; along with many nieces and nephews from both the Kettle and Woolham families.

In addition to his parents, Brian was predeceased by his sisters, Joan Kettle Feeley of LeRoy and Patricia Kettle Brandwood of Warrington, England; in-laws Walter Feeley and William Brandwood; and nephew David Feeley.

A special thank you to everyone at the LeRoy Village Green Nursing home for the care they provided Brian over his year and half stay at the Green’s, with special thanks to dear family friend, Samantha Vagg.

Calling hours will be Friday, March 5, 2021 from 4 pm -7 pm at Falcone Family Funeral & Cremation Service Inc., 8700 Lake Road, LeRoy and a Funeral Mass will be held on Saturday, March 6, 2021 at 11:00 am at Our Lady of Mercy Parish, St. Peter's Church on Lake Street in LeRoy.  (Funeral home and church occupancy will be limited to 50% capacity during the course of visitation and the mass and face masks are required.)  Brian's funeral mass will be livestreamed through the parish website.  www.ourladyofmercyleroy.org

Funeral home and church occupancy will be limited to 50% capacity during the course of visitation and the mass and face masks are required. Please dress for the weather in the event of a waiting line at the funeral home.
Share Your Memory of
Brian
Upload Your Memory View All Memories
Be the first to upload a memory!
Share A Memory
Send Flowers
Plant a Tree