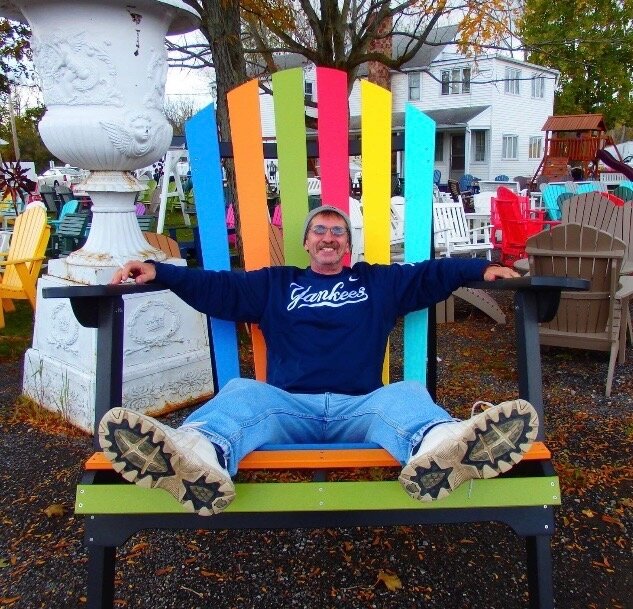 Please share a memory of Timothy to include in a keepsake book for family and friends.
View Tribute Book

Timothy Donald Henry, 59, of Le Roy, NY passed away peacefully on March 1st after a brief unexpected battle from cancer. Just like he dealt with all experiences in life, Tim managed his illness with strength and grace, and wanted to spend as much time with his loved ones as possible. On his final day, he was surrounded by his children, who he adored more than anything else in the world.

Predeceased by his loving partner and mother to his children, Deanna Heale, 51 who also passed away from cancer.

One of Tim's biggest accomplishments was being a father. His children, Tim, Tyler, Jessie, Aaron, & Jeff called their dad a superhero, and even as adults, still see him that way. He was always there for them through their ups and downs, and taught them to enjoy every moment life has to offer. He was a family man through and through. There was nothing he cherished more than spending time with his children and grandchildren. He always said his grandchildren were like rays of sunshine. He loved his dog Andy.  We have never known a man so caring and devoted. Tim was also a great friend, he held onto his friends for life. He loved being outdoors, reading, tending to his gardens he grew with his love, cooking, baking, and bird watching. He was a big fan of the Bills, the Yankees, Sabres, and Tottenham Hotspur.

Tim always had a smile on his face and it was contagious! He had a way of lighting up any room he walked in to.

To respect Tim's wishes, we will not be having a funeral service. The family will be arranging a Celebration of Life at a later date with details to follow.

Look inside to read what others have shared
Family and friends are coming together online to create a special keepsake. Every memory left on the online obituary will be automatically included in this book.
View Tribute Book
Share Your Memory of
Timothy
Upload Your Memory View All Memories
Be the first to upload a memory!
Share A Memory
Send Flowers
Plant a Tree