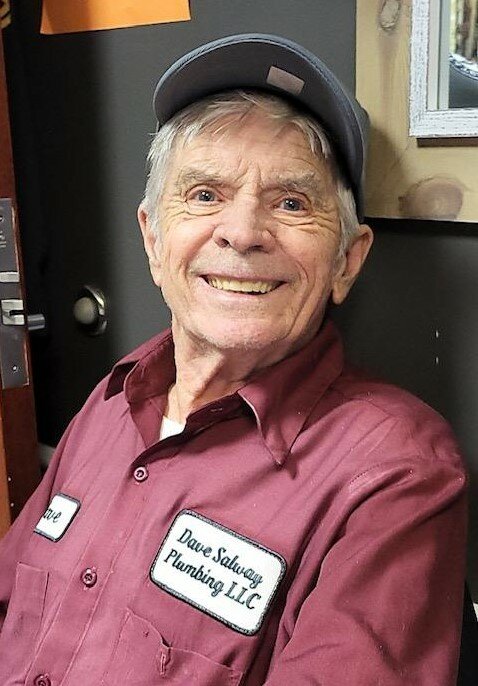 Please share a memory of David to include in a keepsake book for family and friends.
View Tribute Book

David was born in Batavia to Vernon Salway Sr. and Dorothy Speed Woeller on May 30th, 1944.

Dave went to Byron Bergen High School and graduated in 1962.  While in school, he was a track star and very involved with Future Farmers of America. Dave was very proud of winning the first place award for the Demonstration contest for the New York State Horticulture Society in 1962.  After graduation, he went on to learn to be a master plumber, learning his craft from family at Speed’s Plumbing in South Byron.  After that he went on to work for Wall Construction and then eventually for himself running Dave Salway Plumbing. “When you call Dave, you get Dave” was his proud slogan. He had been a plumber for over 50 years. Dave enjoyed classic cars, traveling; attending the annual WNY Gas & Steam show as well as his grandchildren’s many events.  He loved both square and line dancing.  He was very involved in Boy Scouts as a youth and later as an assistant Scout Master. Dave was an avid collector of gas pumps and oil memorabilia and was proud to show off his vast collection to friends and family.  Everyone that knew Dave knew he would give you the shirt off his back; he truly would do that for anyone.  He also called himself the original “American picker”.

David is survived by his two sons, Tom of Bergen and Russ of Batavia; four grandchildren, Nick, Amber, Hannah and Holly; a brother, Dennis (Linda) Salway of Tennessee; a stepbrother and stepsister-in-law, Charles and Carolyn Woeller of Skaneateles; two sisters, Dixie Alwardt of Stafford and Jeannine Woeller of North Carolina, as well as several nieces and nephews, great nieces and nephews and great-great niece and nephew.

Along with his parents, he was predeceased by his brother, Vernon (Dale) Salway Jr. in 1994 and two stepsisters, Marjory LeSage and Judy Woeller.

Family and friends may call on Friday, Sept. 2 from 4 ~ 8 PM at the Falcone Family Funeral & Cremation Service Inc., 8700 Lake St. Rd., LeRoy.  A private family burial will be held on Saturday, September 3 in Stafford.

Contributions in memory of Dave may be made to an organization of the donor’s choice.

Look inside to read what others have shared
Family and friends are coming together online to create a special keepsake. Every memory left on the online obituary will be automatically included in this book.
View Tribute Book
Share Your Memory of
David
Upload Your Memory View All Memories
Be the first to upload a memory!
Share A Memory
Send Flowers
Plant a Tree