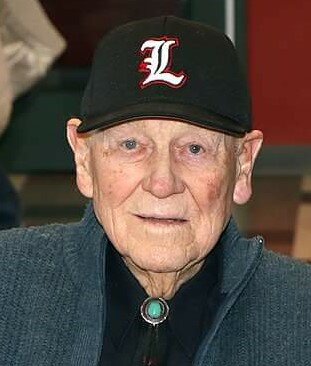 Please share a memory of John to include in a keepsake book for family and friends.
View Tribute Book

John Francis Fay, known as Jack, a devoted father, grandfather, and great grandfather from LeRoy, NY, passed away on March 20, 2022 at the age of 95.

Jack was a Navy veteran of World War II and the Korean War. His career was spent working for the New York State Harness Racing Association. He was a lifelong member of Our Lady of Mercy Parish as well as a member of the Oatka Fish and Game Club and the American Legion.

Jack is predeceased by his wife, Jean Fay, and his grandson Michael Paladino.

He was a man who cherished his family above all else.  It was through grace that he was allowed to spend so many incredible years with us.  We will miss his wonderful presence every day and we are so grateful for the time we had with him.

Per his request services will be private. Memorial donations may be made to:

Look inside to read what others have shared
Family and friends are coming together online to create a special keepsake. Every memory left on the online obituary will be automatically included in this book.
View Tribute Book
Share Your Memory of
John
Upload Your Memory View All Memories
Be the first to upload a memory!
Share A Memory
Send Flowers
Plant a Tree